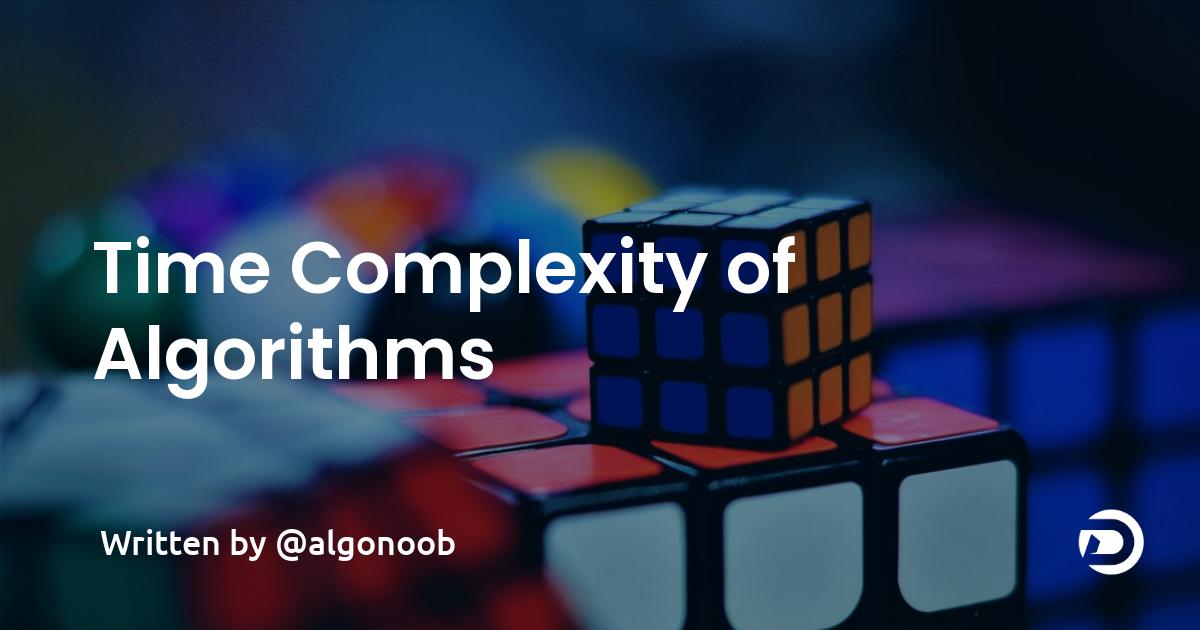 Sometimes, when we try to solve a problem, we might think of more than one way to solve it. Now some of these approaches might take less time to come to the solution while the others might take more time.

Let's take an example to understand it better. Suppose that you're given an array of random numbers. You're supposed to arrange them in the increasing order.

How would you go about it?

Let's say that each scan takes n unit of time(n being the number of elements we're trying to scan) and swap operation requires 1 unit of time. The following is the best case scenario for this approach-

As you can see the time complexity comes out to be 27 units in this case.

Coming to the worst case. That would happen if the array was oppositely arranged(in this case in the decreasing order) initially.

Here, the time comes out to be 30 units.

Through this I just want to make you understand the literal meaning of time complexity of an algorithm. The above is not an accurate way to calculate the time complexity. It was just for the sake of your understanding.

Our main aim in this whole process is to find out a way to solve this problem in such a way that the time complexity or the time taken by an algorithm in the worst case possible is the least as compared to other available methods.

Why focus on the worst case?

Plotting it on the Graph

I hope you got some basic idea of the concept of time complexity through this article. You can check out some other articles on data structures here.