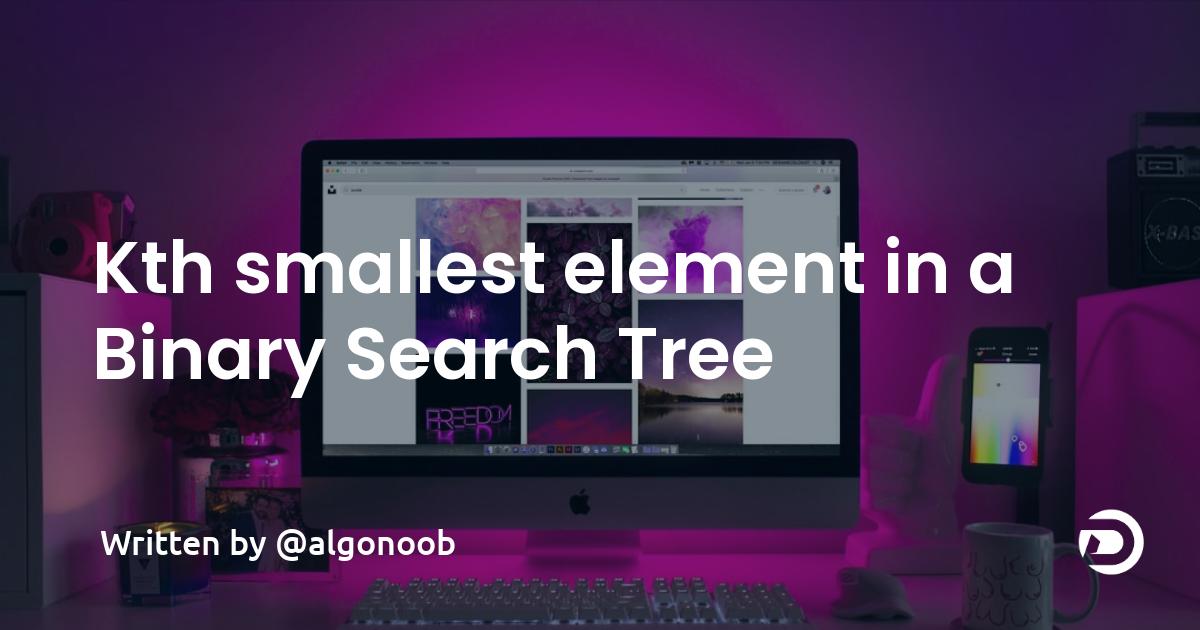 What is meant by the "K'th minimum element"

When we want to find the smallest element in an array of elements, we mean to find the element having the least or minimal value among all the other elements present in the array.

To find the smallest element in a Binary Search Tree, you can simply return the left-most element of the tree. It can be done like this -

But, finding the K'th minimum value is a little more complicated than this as you'll have to keep track of the number of nodes you've visited in the inorder fashion until you reach the K'th element in in-order arrangement. That's why, we're gonna use a counter variable to solve this problem.

Another issue with this problem is that we cant be sure if the K'th minimum is definitely gonna be in the left subtree unlike the smallest element problem. To make you understand that better, lets look at an example -

As you can see, blindly traversing to the left subtree would lead us no where in finding the k'th minimum. So, in our algorithm, we'll first check the left subtree and if the element is not found, we'll move on to the right one. So, the algorithm looks something like this:

Here, I've used another function to pass the value of count by reference as we can't simply change the value of a variable located outside of a function from within the function. We can only do so by accessing the variable through it's address in the computer's memory which is also called "calling by reference".

Alright, so now that we're done with the coding part, Let's look at a clearer representation of the code for a better understanding.

We can also do it by traversing the tree in inorder fashion and storing them in an array and then printing the k'th element of the array.

This whole method of finding the k'th minimum element is based on keeping track of the nodes visited while doing inorder traversal of the tree.

There can be many other methods for doing the same, but I found this method more complex than the others when I first came across it. So this was my attempt to present this topic in the easiest way possible.

Hope you liked reading this article. You can check out my other articles here. Thanks for reading!